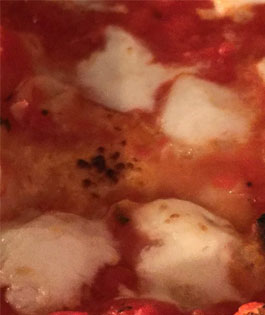 The latest “Gold Rush” in the multi-billion dollar food industry is Fast Casual Pizza. Fresh ingredients, made to order and delivered quickly in a casual setting is the model being followed, with tremendous interest and investment from the such contenders as Chipotle, Blaze, Live Basil, 800 Degree, Uncle Maddio’s and a slew of other contenders. What they are hard at work on is re-inventing Goodfella’s Brick Oven Pizza- the original East Coast leaders in Fast Gourmet Pizza and New York Brick Oven style pizza, having defined the category decades ago. “A Revolving Brick Oven from the New York Brick Company is how we create our award winning pizzas at a super fast pace while retaining a consistently perfect product” said Andrew Scudera from Goodfella’s.

The emerging concepts are following a basic format and design of how the products are ordered, assembled and cooked. The main differences is the type of pizza, dough, sauce and oven design with the more high end companies going for the now standard brick oven and the the future minded entrepreneurs jumping on the New York Brick Oven Companies Revolving Brick Oven for authentic pizza with high production potential.

After major contenders failing abysmally in the red hot New York City market, many are taking it slow and are wisely playing it safe with much concept development on the west coast before attempting to take on the capital of pizza.” What is to be seen is whose concept will stand out, be easy to reproduce and have staying power in what will be an area with huge potential and fantastic competition” said Marc Cosentino co-founder of the Goodfella’s Brick Oven Pizza chain.