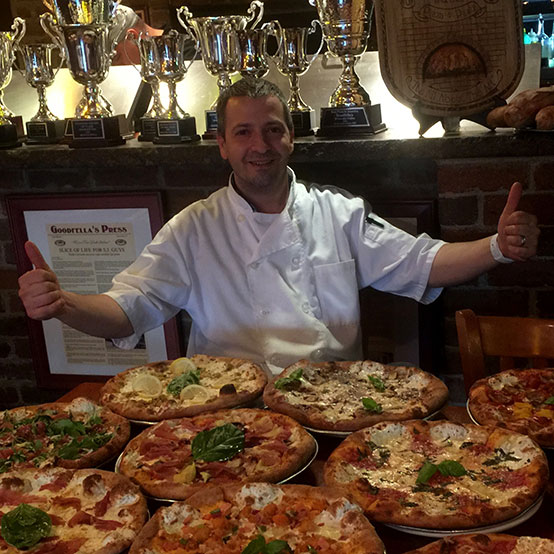 It sure took a while but the brick oven pizza craze has surely caught on in the United States.As a result, you can now enter a brick oven pizza place in just about any state in America and order a pretty good pie. What sparked the rapid growth of great pizza? I would say it’s a combination of things (including the stars and the moon lining up just right) from  the internet,  to social media, such as Facebook, Pinterest, Blogs,  Twitter, cooking channels and  the evolving pallets of all the “foodies” The resulting education about what quality pizza is and that it can be made here  as well as in Italy if not better.

Add to this the renewed interest in eating natural locally grown and prepared food, with a marked decline and desire for moms to feed their families prepackaged and chemically preserved foods. Or the fact that American are on the go all the time!  The stage is now set for a quick healthy food to step in.Decades ago you had some trail Blazers such California Pizza Kitchen on the West Coast with its new toppings like Pineapples and Avocados and Goodfella’s Brick Oven Pizza out of New York introducing new gourmet sauces like porcini mushroom, red cabbage or the World Famous Vodka Pie. “Back in those days a big part of the work was just getting people to try the fresh mozzarella, oven roasted peppers and the concept of pizza cooked in a brick oven. This pizza style  was a completely different style from  what was available twenty years ago ” Today pizza is better than ever and that makes me happy! 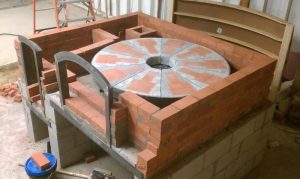 All that has changed now. Brick Oven Pizza is a household term, gourmet pizza, exotic toppings, fresh homemade cheeses have almost become commonplace.  The Revolving Brick Ovens like the Inferno Series from the New York Brick oven Company have made it easy to consistently bake perfect brick oven pizza with virtually unskilled labor at a rate of production that was unheard of only a few years  ago.

Having a fast production, easy to use and work with the oven was the single barrier to multiple locations,  owners expanding at any fast rate because training on a conventional oven was long and hard. It required a developed skill, especially during the Friday night rushes.

Fresh ingredients and gourmet specialties are now becoming common place even in local supermarket aisles and many distributors see the demand and are filling it for direct distribution to restaurants.Multiple unit concepts and mom and pop stores are opening in every available retail space with all kinds of fresh ideas.  From the latest Fast Casual Pizza chains “where you design your own pizza” such as Spin Neapolitan and Revolve to hometown heroes such Ba Da Bing and the Radius Brew Pub offering craft beer and pizza.One thing for sure is that it is like the wild west of pizza and fortunes will be won and lost depending on the quality, concept and ingenuity of the operators. What is also a given is that the increase in competition will bring out the best in pizza operators !! and ensure the average pizza consumer is the big winner.