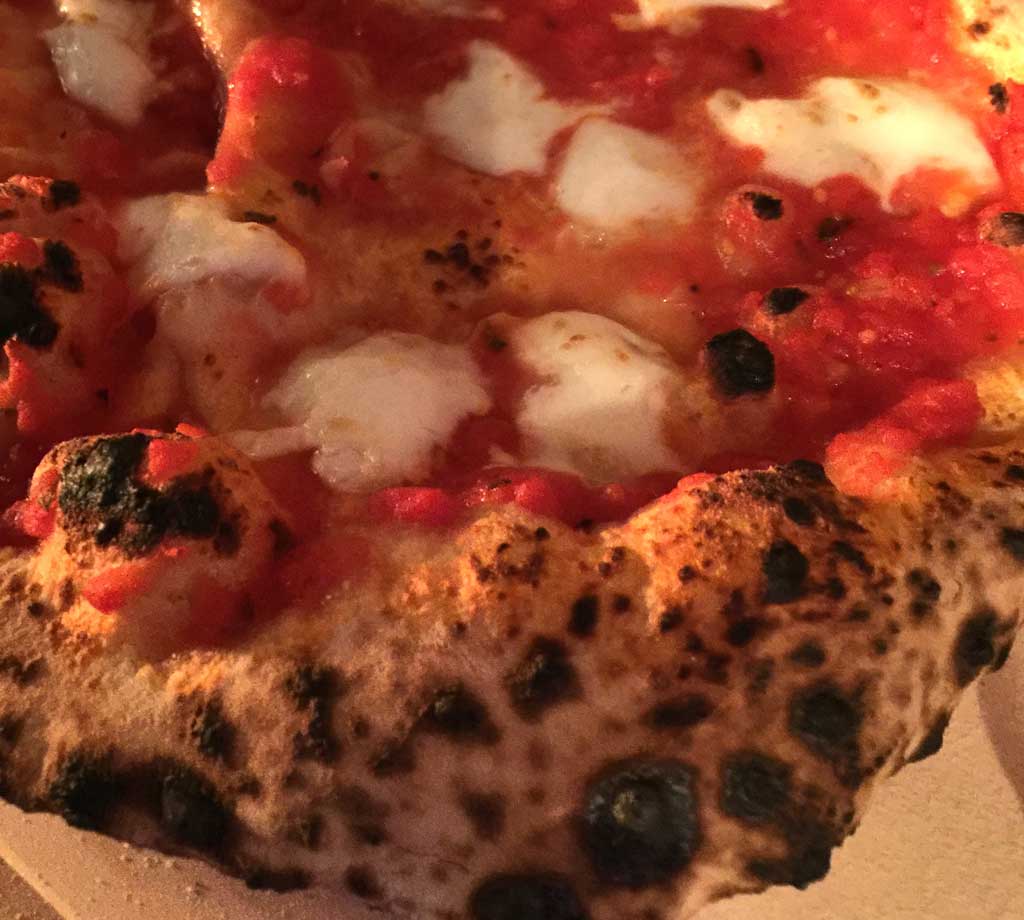 What is Neapolitan Pizza ?

What is Neapolitan pizza ?

By definition: The true Neapolitan pizza has a crust which is made from a dough that is made with a highly refined Italian type 0 or 00 wheat flour (read more about flour types). Neapolitan or fresh brewer’s yeast (not dry yeast), water, and sea salt. The dough must be kneaded by hand show. Or with a low-speed mixer and formed by hand, without the help of a rolling pin or dough press.  The dough is  aged for 3 days. It is very wet and  hard to handle due to the high water content . But the hydration level water percent compared to the flour must be high in order to withstand the high heat of the wood oven. When stretched it is topped with raw, pureed San Marzano tomatoes from Italy; fior di latte, which is mozzarella cheese made from cow’s milk, or mozzarella di Bufala, which is mozzarella cheese made from the milk of water buffalos, usually raised in the Campania and Lazio marshlands in Italy; fresh basil, and extra-virgin olive oil. The ingredients must be all-natural and fresh. The pizza is baked for 60–90 seconds (baking time cannot exceed 90 seconds) at a minimum temperature of 800°F in a stone  oven with a wood fire. 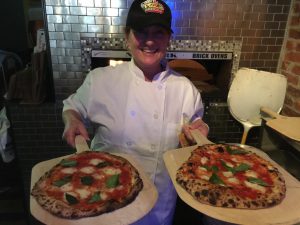 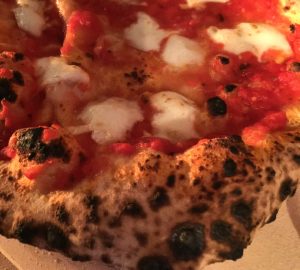 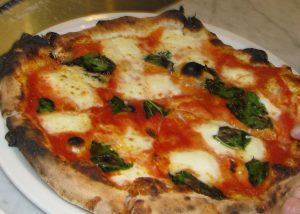 That being said, Neapolitan pizza is a very good pie but as we say in New York (the true capital of pizza) it is a knife and fork pizza which doesn’t travel well due to its puffy soft crust. So that drops it from being good for takeout and delivery from the start. Another downside of “true” Neapolitan is that it has to be baked a certain way with certain ingredients resulting in a cookie cutter pie from place to place across the country and world.

But this is America the home of the free and built by the brave so following someone else’s idea of how pizza must be made according to a small town in Italy with fewer pizza places than any neighborhood in Brooklyn, it seems that most American entrepreneurs have a hard time following the pack and in fact most of the big guys don’t either! Besides, we have been making pizza along time too! Some of the earliest pizza places in New York  have been around for 100 years without any rules. 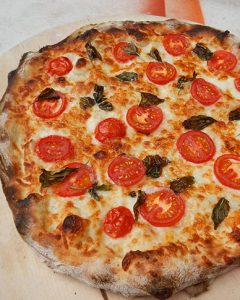 Aside from that why would anyone want to be told that making the same exact pizza as the guy down the block? It seems rather boring and  takes all the creativity  excitement out of making pizza to me.

Though it is fantastic that my ancestors in Naples took the roman soldiers flatbread  created and  standardized the Margherita pizza    But like the Italians did with pasta that was borrowed”  from China. They turned  it into an art and experience with so many unique styles and toppings that it would take years to try them all.  We have in America  turned pizza into a true art and experience as well. From the current fast casual rage of Blaze, Mod, Spin, Revolve, Pie Craft and Pizza Fire( just to name a handfull) And all the Incredible local favorites like Strong’s, Denino’s Goodfella’s and the thousands of others,  to the full service places and delivery specialists included in the over seventy  thousand pizza places in the United States, Americans have innovated and dominated the world pizza market by doing it our way!  So factor into the pizza equation the amount of competition, the need for speed and originality and you can decide for yourself if Neapolitan is a good move for you or not.  Personally, I Like it but only  once and a while.  I still prefer a crispy pie and lots of options .

Having the ability to use different doughs, toppings and sauces allow the operator  to tailor parts of his pizza menu to local favorites and flavor profiles If it’s a sweet sauce, lots of spice , Hawaiian pineapple pizza or even a  southern BBQ pulled pork pizza it all helps to ensure some agreement with local  customers.  Adding to your uniqueness to the mix lets you stand out from the crowd as well being known for that special pizza can go a long way. One last thing to consider is that not many Americans like burnt, charred floppy pizza not do the kids.  Whichever way you go, go with pizza and you can’t go wrong. 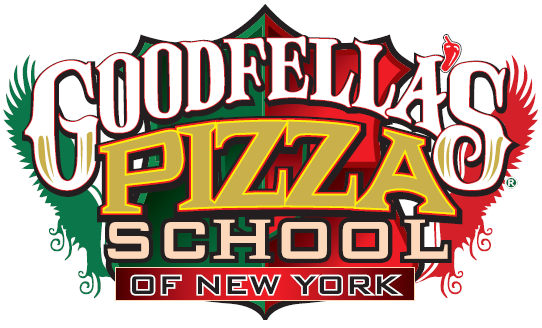 Scot2021-06-21T17:10:11+00:00
Marc and Scot Cosentino live from pizza Expo 2106 with the Goodfella’s, The Pizza School of New York and the only rear fired revolving brick oven in the industry from the New York Brick oven Company. This  is truly a great place to be for all the pizza lovers of the world. It’s where we show off what we can do and tell the world about our incredible brick ovens.

For as long as the pizza Expo has been around we have been attending the show.  It was always a great place to get together with vendors , friends and see what was happening in the industry.

Things have really changed since those humble beginnings the show is now packed with thousands of spectators hundreds of vendors and some of the wildest things you can imagine. Most people, in the beginning, did not even know what brick oven pizza was. we would make pizza with fresh mozzarella and people would ask “what type of cheese is that?” Gourmet pizza really fueled the industry and now the fast casual pizza concepts have lit it on fire. Every week we get calls from people looking to start a fast casual concept. The funny thing also is that a lot of them say I want to open a pizza place and serve Neapolitan pizza. When I ask them what is that they really don’t know. I mean are they talking about Neapolitan or  what we call New York style brick oven pizza?  Then I explain what the difference is and they say yes I’m looking for a new york style brick oven  pizza, not a soft burnt pizza.  So we offer them some good advice and always recommend

The Pizza School of New York This way they can learn all styles of pizza and then decide what the best pizza is to make for themselves. New York Brick Oven Pizza? Neapolitan Pizza ? Grandma Pizza ?  We teach them all styles and then they make it their own. 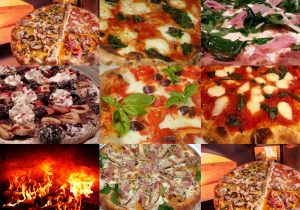