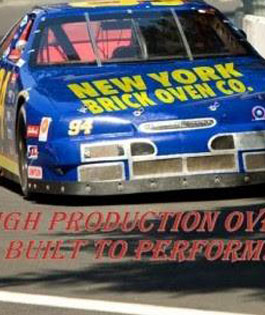 Goodfella’s Brick Oven Pizza of Staten New York is celebrating 22 year of service to the people of New York at their original location on Hylan Boulevard in Staten Island. Founded by former NYPD sergeant Marc Cosentino and his brother Scot with native Staten Islander Andrew Scudera an Eagle Scout and partner, the men have put the amazing amount of press, news articles, TV, magazine and radio interviews to good use with the unyielding support of loyal customers. “ Our philosophy of treating everyone like family and helping whenever possible has helped form an army of volunteers and moreover helped raise hundreds of thousands of dollars for people in need and community groups,business men” said Andrew Scudera. One of the more recent events was Hurricane Sandy and their response despite suffering tens of thousands of dollars in equipment and supply losses. “We were flooded and without power for over a week but we got it under control, began the clean with help from our friends and started using our wood fired brick oven to cook for our neighbors while we recovered ourselves”. What did that equate to? Facebook requests and calls for donations to get a tractor trailer set up in the parking lot with supplies, volunteers flooding in from around the country, NYPD and NYFD first responders, teachers, housewives, contractors, students, religious groups, veterans and family members amounting to hundreds strong including the former head of the NYC Detectives Union and a Marine Captain just back from Afghanistan running logistics. “Seeing the desperate state of my friends and customers who were literally left with the shirt on their backs was motivation to work for up to 18 hours a day for months coordinating and aligning efforts between the Mayors office, Red Cross, Churches, VFW, Bikers, Occupy Wall Street( changed to Occupy Sandy), NYPD, Tunnel to Towers, Gyon Rescue, The Marine Corp League and countless people who worked tirelessly behind the scenes despite personal hardships” said Marc Cosentino. “Us Foods dropped off a trailer of ingredients to get things rolling when supply lines were cut, locbusinessmenbrought food and supplies to donate, the International Association of Scientologists gave us a $30,000 dollar donation to help feed and house the out of town volunteers and provide supplies, the Pentecostal church run by a former New York City Transit Captain became another storage and distribution center along with setting up sleeping quarters for the ever growing group of out of state volunteers, housewives with their infants in car seats were preparing meals and going house to house in the cold and dark to feed the hungry. The Marine Corp League brought out a monster truck and set up a huge supply tent to receive and distribute food and supplies. The volunteers were working without complaint under very tough conditions gutting houses and running supplies day and night. Many times the overwhelming humanity of it all was hard to bear” added Scot. But they were no strangers to making it go right despite the horrendous situation. 911 was a big wake up call, the country was attacked and Goodfella’s went to work 24 hours a day the first weeks running food up to ground zero and supplying food daily to workers at the Staten Island dump going through the debris, despite a drastic cut in business and no financial support resulting in tremendous financial stress later on down the line for months to come. “The money didn’t matter when your friends and co-workers have been murdered and the only way you can help is cook. We started to see the return from our customers and friends that would stop by to thank us and just be part of the effort. It takes a lot of people to coordinate and deliver that amount of food besides the time involved to get to these locations” said Marc. Goodfella’s provided a place to “arrest people” and hold the customers hostage handcuffed to the chairs to raise $10,000 for the Jerry Lewis Muscular dystrophy foundation. They catered the Presidential Yacht in DC to help raise money for the 911 fund. Not only that but Goodfella’s has done fund raising for dine out for hunger, toy drives with United States Marines, hosted autistic children each week making pizza boxes for therapy, donated to bazaars, charity drives, local churches, schools, bowling teams, little league and even arranged to give away 1000 slices of pizza and 1000 cokes at the Staten Island Ferry as a thank you to the people of Staten Island-sadly after all the TV, radio and newspaper coverage announcing the free pizza the ferry crashed with catastrophic results. Goodfella’s gave all the food to rescue workers responding to the scene. The care and help they provide is evident in any one act but when you add up the week in and week out donations to local events, food prep for charities and kids over the last 22 years, the amount of help is staggering. “The message is thank you to all our customers who have been unsung heroes behind the scenes, none of this could happen without you and every little act ads up and helps someone.” Andrew said with a note of encouragement. Please share this be sure to stop by the original Goodfella’s on Hylan Boulevard when you are in town.

The Pizza Market has come along way over the last few decades. Consumers tastes and  pallets are becoming more [...]

Mobile Pizza Trucks. They are one of the biggest trends in the food world right now. What’s new about [...]

Aside from the intimidating idea of having one built correctly, who could use it? Most of your trained pizza [...] 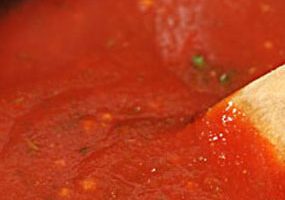 The New York Brick Oven Company The Industry Leader In Rotator Brick Ovens. When it comes to rotator brick ovens the [...]

Why Pizza Ingredients Are Important

When you have a pizza restaurant, you take pride in your work. In today’s post, we’re going to talk [...]

https://brickovensforsale.com/wp-content/uploads/2020/10/Revovling-Oven-Video.mp4 When your ready to rock the pizza world our Revolving Pizza Ovens are the solution. Simple operation fast production [...]

The Fast Casual Pizza Oven of Choice! Why would any one not choose any other oven? Call us to [...]

Adding Pizza to the Menu

The pizza “Gold Rush is on, rocketing to become America’s favorite food. It’s no wonder entrepreneurs are jumping in [...]

Commercial Wood Fired  Ovens. If You’re Looking For A Commercial Revolving Brick Oven We Have Your High Production Solution. [...]